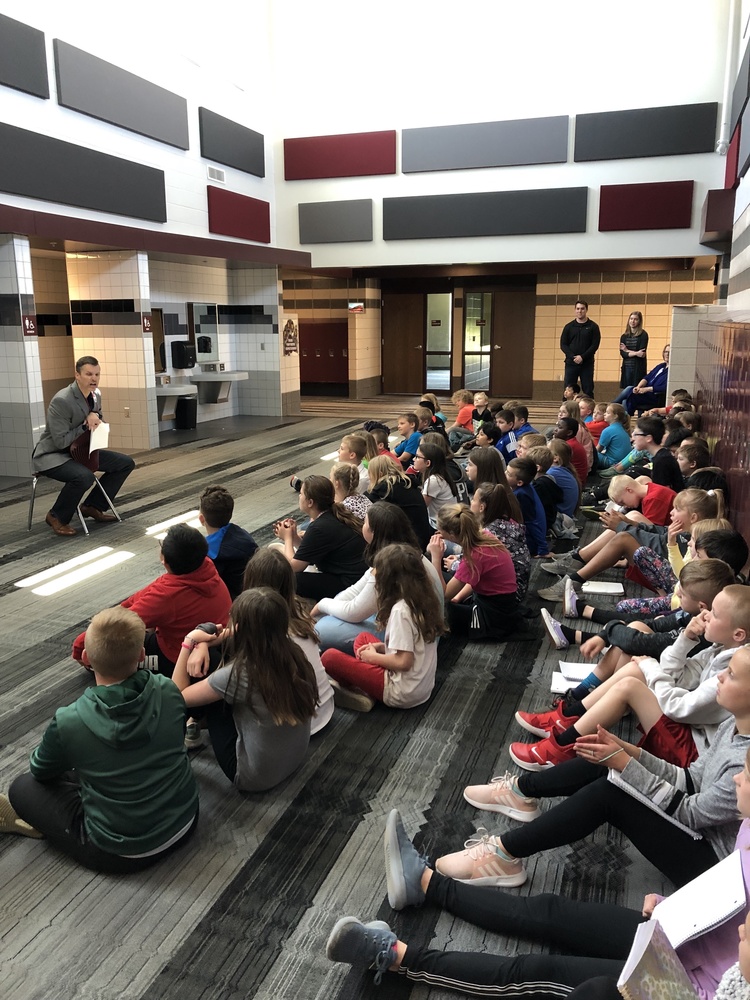 Mayor Paul TenHaken was nice enough to join the fourth and fifth grade classes at Horizon Elementary.  He discussed with them the different jobs that the mayor does, the functions of city government, he talked about why he wanted to be mayor, and he took questions.

Students asked questions about how someone becomes mayor and they were surprised to find out that you only need to be 18.  One student asked how he felt when he found out that he won the Mayoral race and Mayor Paul stated that he was actually scared.  He new it was an awesome responsibility but he knew it was something he could do.  He emphasized to the students that they can do anything that they put their minds to.